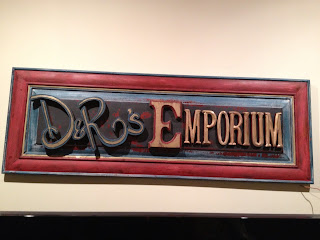 A few weeks ago, my husband, Doug and I went to see our friends' new house that they purchased as a renovation project.  Even though our friend Daryl was busy with contractors, we still managed to get a tour of the property and house. The location is great and the house definitely has good bones. But honestly the thing I am most excited about are some of the treasures we uncovered during the demolition that Daryl allowed me to take home. Apparently he didn't share my excitement in the treasures and seemed quite happy to relinquish them to me. Go figure?!

Some of the treasures included: 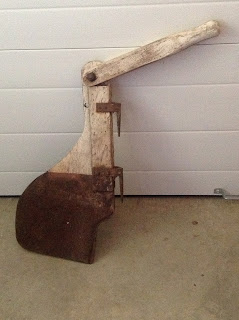 A Rudder from a small boat (found in the back garden?) 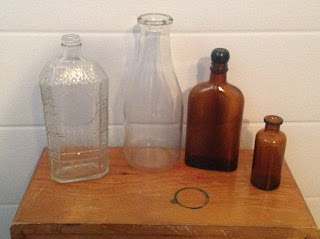 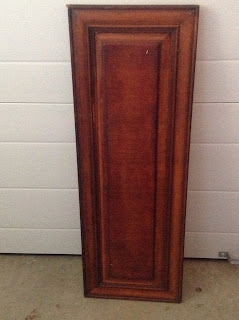 And today's topic of discussion; a cabinet door panel.

I had to quickly grab this one before it was tossed into the dumpster.


Because it was long and narrow, it reminded me of an old sign. So that's what I would make it (or at least attempt to make). 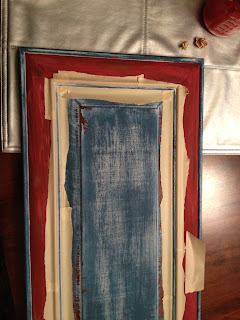 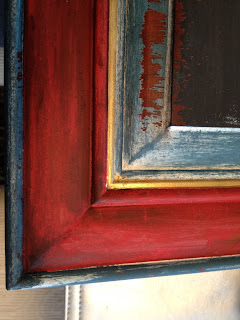 I taped off and painted with Miss Mustard Seeds- Milk Paint- Flow Blue, Tricycle (Red) and Typewriter (Black). I dry brushed some Ironstone (White) onto the blue to give it a distressed look.
Then I went to my local Michael 's store where I bought two styles and sizes of cut-out wooden letters. I wanted to customize the sign to say something that would fit in with my eclectic decorating style.


I decided on D&R's (for Doug and Rose) Emporium(for all of the odds and ends we have collected throughout our travels). I used the store bought letters for the word "Emporium" and decided to make the "D&R's" part myself. So I came up with a pattern and cut it on my scroll saw from a 1" pine board I had lying around. 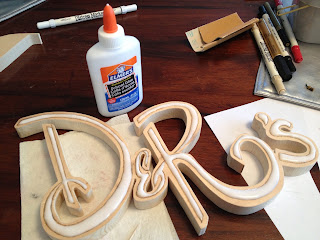 I then tried something I had seen on Pintrest on the cut-out. You supposedly take white glue and make a pattern with the glue and when it dries it keeps its 3-d effect and you can then paint over it. Well I tried it and it was a major fail! The glue flattened out so much so that it was maybe 1/16" thick. Really imperceptible. Originally when I had put it on, it was quite thick, approximately 1/4" thick. Oh well I didn't want to cut and sand another one so I went with it anyway.
I used regular gold acrylic paint on the smaller letters, the edges and sides of the larger letters and also the inner edge of the panel. I used Miss Mustard Seeds Antiquing wax in some random areas but not all over. This helped to give it that aged look. After that was rubbed in I used clear wax on the rest of it, to seal and protect it. 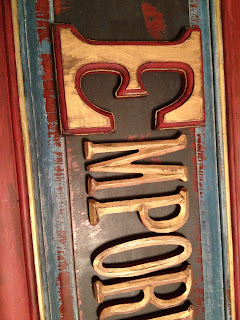 There was a lot of sanding, sealing, painting and finally antiquing and waxing involved in this project but it wasn't difficult to make, just time consuming.
I am pretty happy with the results, although I may change the blue on the "D&R's" to red.
We'll see, maybe it will grow on me. 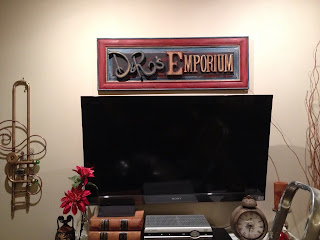